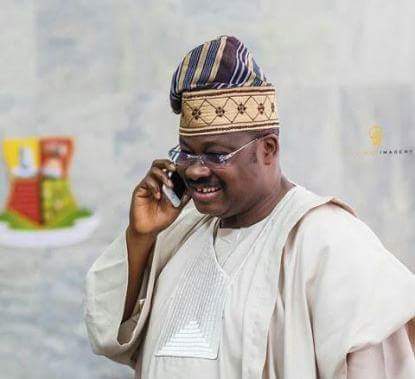 The Oyo State Government has announced that another series of Governor Abiola Ajimobi Free Health Mission (Free Medical services) will start on Monday, May 15, 2017 at the Adeoyo Maternity Teaching hospital, Yemetu Ibadan as part of the events commemorating the sixth anniversary of the Abiola Ajimobi Administration in Oyo State.

The free Health Mission, which involves free surgical services, screening and treatment of high blood pressure, diabetics, malaria, family planning, HIV screening, immunization and vitamin A for children under one year, will hold across the six geo-political zones of the state.

The State Commissioner for Information, Culture and Tourism, Mr. Toye Arulogun explained on Saturday that the programme was borne out of the present administration’s concern for the well-being of the people of the State as well as to provide qualitative healthcare delivery, saying that the present administration has used its free medical services policy to treat up to one million patients in the past.

The government spokesman said that the free health mission for Ibadan zone will hold on Monday and Tuesday, May 15 and 16, 2017 respectively at Adeoyo Maternity Teaching hospital, Yemetu Ibadanwhile that of Ibarapa zone will hold on Thursday and Friday, May 18 and 19 at General Hospital, Eruwa and the one for Saki zone will be at State Hospital Saki on May 22 and 23, 2017.

Arulogun added that the train of the free Health Mission will move to General Hospital, Iseyin for the people of Iseyin zone and environs, Oyo zone will hold on May 30 and 31 at State Hospital, Oyo while the one for Ogbomoso zone will be held at the State Hospital, Ogbomoso on June 1-2, 2017.

He assured that the state government will continue to pursue vigorously itsresolve to take medical services to the nooks and crannies of the state so that citizens and residents of the state can have access to free medical treatment, stressing that the Ajimobi administration is committed to improving the lives and health conditions of the people of Oyo State.

The Commissioner noted that Governor Ajimobi will also unveil for use the recently donated $2m (two million dollars) worth of medical equipment which arrived recently from the United States of America at the Cardiovascular Center of the State Hospital, Adeoyo, Ibadan.