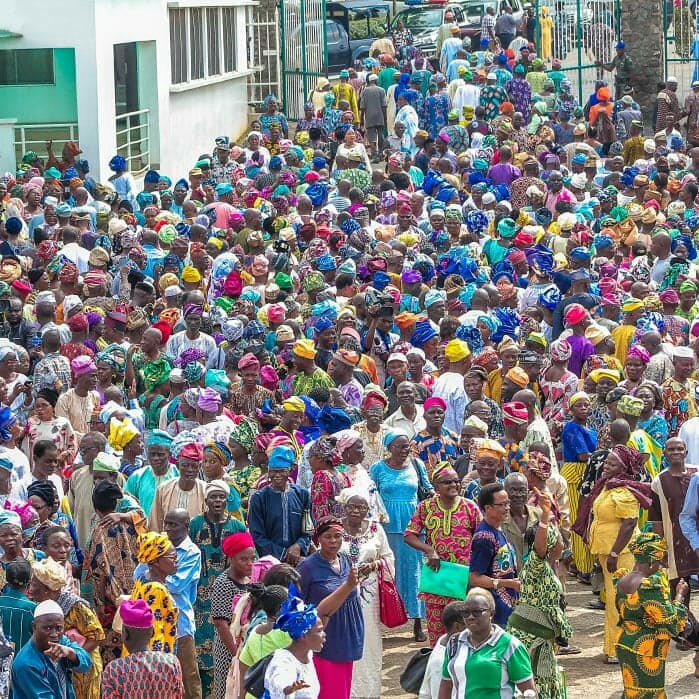 Oyo State government has commenced stationing skip bins at strategic locations for easy access to dwellers to dispose their waste.

The exercise was flagged off by the Hon. Commissioner for the Ministry of Environment and Natural Resources, Dr, Abdul-Lateef Idowu Oyeleke in company of the Permanent Secretary of the Ministry, Dr. Bashir Olanrewaju, the Chairman Task force on Environment, ACP Francis Ojomo and staffers of the ministry and the consultant on Waste Management for Oyo State, Macpresse Nigeria Ltd. during the weekly sanitation exercise at Iwo road in Ibadan.

The Commissioner pointed out that environmental menace has been a thing of concern to the government, considering the health hazard that it posed to the residents of the State, hence the initiative to introduce skip bins which would be placed at targeted locations, so as to make it accessible for people to drop their waste while stopping the bad culture of dumping wastes on the road medians.

“It would be recalled that early this year, His Excellency, Governor Seyi Makinde put in place a new solid management architecture which is key in the development agenda for his administration, hence the need to key the residents into this vision of zero tolerance to filthy and indiscriminate dumping of refuse in the State.

“This will go a long way to help us cut to the minimum, the habit of people dumping their waste indiscriminately on road medians, in the waterways and in other places not suitable for their hygiene.

“The skip bins will be periodically emptied and replaced to make it available for residents 24 hours of the day and we shall make sure we enforce its usage.”

The Commissioner further appealed to members of the public, particularly the road users to make good use of the bins to achieve a dirt-free State, emphasizing that it was part of their civic responsibility and if done, would also attract investors that would boost the economy of the State.

Dr. Idowu Oyeleke further noted that anyone caught dumping waste indiscriminately after the provision of the bins would face the wrath of the law.

Speaking at the scene also, the Chairman of Environmental Task force, ACP Francis Ojomo hinted that dialogue would be held with all affected stakeholders which would lead to a security architecture that would take care of the bins provided.