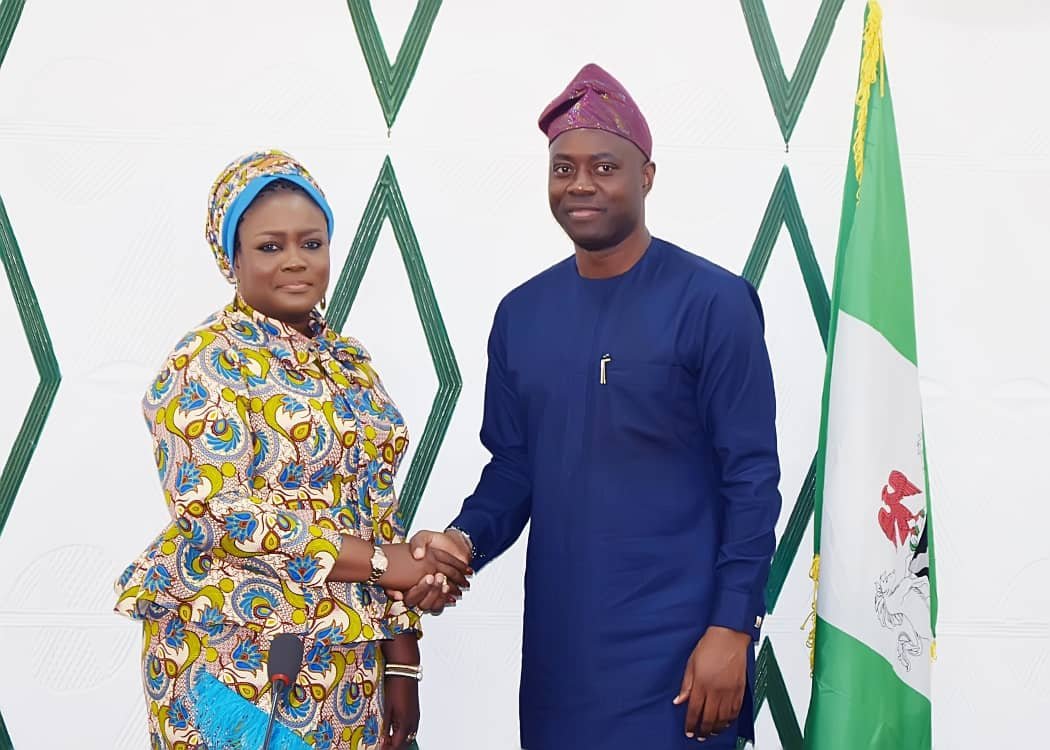 Oyo Gov swears in new SSG, says our performance in 100 days will surpass eight year scorecard of some govts

Oyo Gov swears in new SSG, says our performance in 100 days will surpass eight year scorecard of some govts

The Governor of Oyo state, Engineer Seyi Makinde on Monday performed the swearing-in ceremony of the Secretary to the Government of the State, Mrs. Olubamiwo Adeosun, saying that his government targets supersonic performances that would dwarf the returns of some past government’s eight year record.

The Governor, according to a statement by his Chief Press Secretary, Mr. Taiwo Adisa told a packed audience made up of party leaders and officials of his administration that he picked Mrs. Adeosun as SSG not just to because she is a woman but because of her competence and capabilities.

According to him, there is the usual divide between politicians and technocrats in making such appointments.

He said: “Some people would argue that the best person for the job is a politician, who understands the terrain as they put it. Others would say the engine room of government must be manned by a technocrat, who knows his or her onions.

“But I must state that we need a focussed government which will deliver on its terms. We need capacity and lots of efficiencies and we need a packed personality who in a way, encapsulates all of that.”

He further stated that he was convinced that the new SSG would bring to bear on the state her wealth of experience which is expected to lift the standard of our service delivery and performance.

He added: “The essence of governance is service to the people, and I have no doubt that the new SSG will propel this government to expected cruising level such that the achievements we will be rolling out within the first 100 days would more than dwarf the meagre returns some of the past governments recorded even in eight years.

“Her profile speaks for her. She has been a well-trained Pharmacist with capacities in different sectors of human and personnel development. She has worked in our Nigerian terrain and abroad. She has a world view that would easily afford her the opportunity to make the difference on the job.”

He also stated that the appointment of Adeosun has highlighted his government’s statement that parents need to educate their wards, whether boy or girl and that there is no limit to the level an educated person can rise to.

He also declared that the appointment has showcased his government as women friendly, adding: “I have stated it clearly, we will not discriminate against anyone and we mean just that. Her appointment, coupled with the fact that the State Head of Service, the DG Due Process office and the Clerk of the State House of Assembly are all women already signposts this administration as women friendly. We do not intend to deviate from that.

“Let me however challenge our women to continue to live up to expectations because the men are lurking by the corners.”