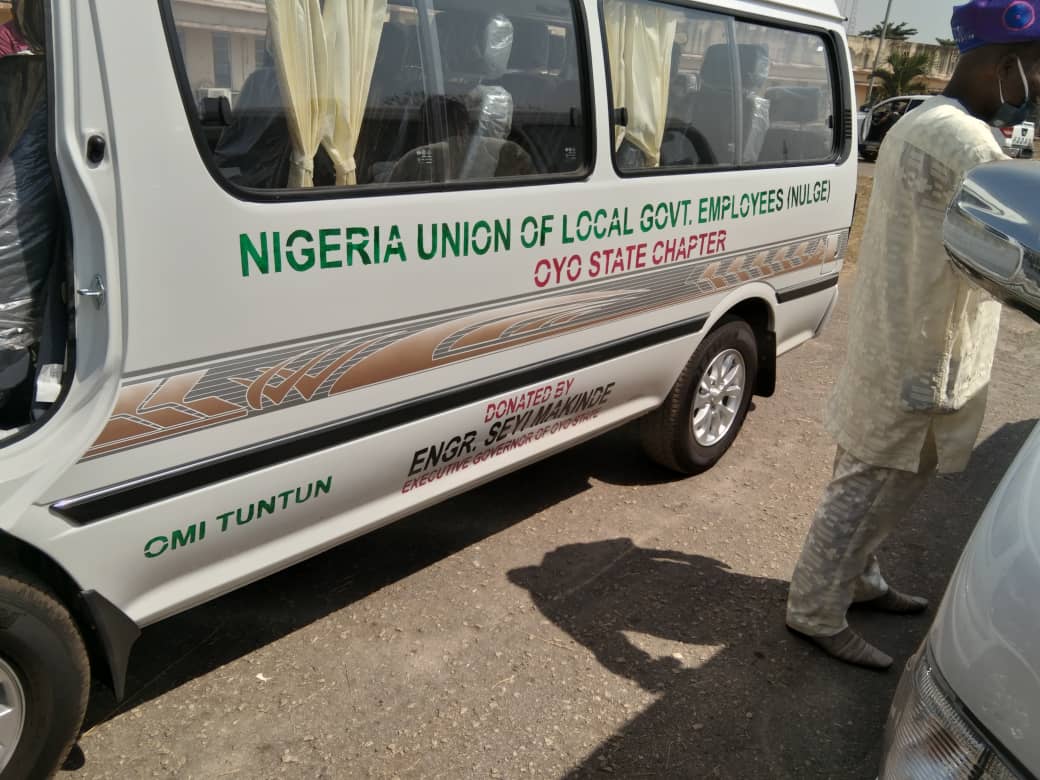 …. a new beginning for LG Workers in Oyo-NULGE 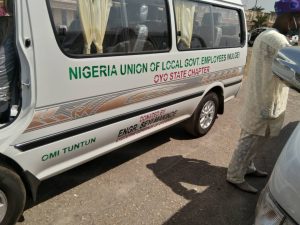 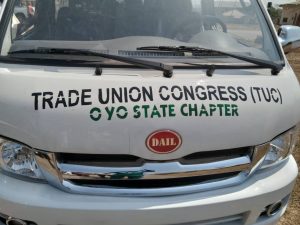 Oyo state government, on Friday, donated one 18-seater bus each to the state chapter of the Trade Union Congress (TUC) and Nigeria Union of Local Government Employees (NULGE).

The government stated that the buses would help to enhance the discharge of the duties by the Labour unions.

The Special Adviser to Governor Seyi Makinde on Labour matters, Comrade Titilola Sodo, who presented the keys to the representatives of each of the Labour Unions, said that donation was part of the governor’s promises to aid service delivery of workers in the State.

While stating that the gesture has further confirmed the love and compassion of the governor for the workers, the robust relationship between the government, labour leaders and the workers, added that other unions will soon get such donations.

Comrade Sodo said: “Since the government of GSM came on board in Oyo State, we have had industrial harmony and there has been a robust relationship between the government, labour leaders and the workers of Oyo State. And it is in continuation of that relationship that the governor decided to donate buses to the two labour unions. For other unions, it will get to their turn.”

He said that the relationship between Oyo State workers and the government has been cordial since assumption of the present administration in the state, urging workers to reciprocate the gesture by remaining loyal, diligent at their different places of work. 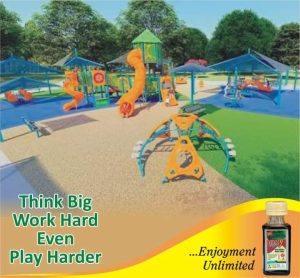 “We expect a reciprocal posture from the leadership as well as the workers of Oyo State. The Governor has kept faith with the workers and we expect the workers to keep faith with the government; to remain loyal and diligent at their duty posts so that, with our cooperation, we can move Oyo State forward and better.

“The relationship between the labour and government has been cordial since May 29, 2019 and it has remained so. We know that some people were sceptical that the governor will be able to continue with the prompt payment of salaries and other emoluments to the various categories of beneficiaries in Oyo State including the retired ones but here we are, 20 months after, he has kept faith and continued not only to pay promptly but also the payment of 13th-month salary, despite the economic recession brought up by the covid-19 pandemic.

“I am speaking for the governor and I am sure we heard him loudly at the inter-faith session we had two days ago. “Even when covid-19 came on board and everyone was afraid, we had a conversation and he assured me that he will continue to pay the workers of Oyo State. He is a man who keeps to his words.” 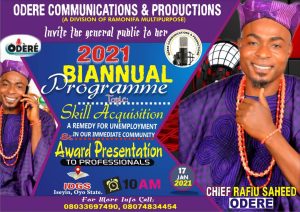 In their separate remarks, the Chairman, Nigeria Union of Local Government Employees (NULGE), Oyo State Chapter, Comrade Rufus Babalola, and Trade Union Congress, Comrade Emmanuel Ogundiran expressed gratitude to Oyo state Governor, Engineer Seyi Makinde for the gift of a bus to the Congress, as the Labour Union disclosed that such gesture was last extended to Labour last ten years back.

“On behalf of the entire Nigerian Union of Local Government Employees of Oyo State, we thank the governor so much for this New Year gift. This is a reality as we can all see. Since inception, he has been friendly to the union, especially the local government workers. “We have seen all the backlog of leave bonus fully paid. On the promotion of workers,

every process is in place and the salary he has been paying promptly. I want to believe that this is the beginning of a new thing in Oyo State for the union.

“The governor is making this work so easy for us all by presenting this bus. So, we thank him.

“We thank God. It is not a fluke but a reality. Two days ago, it was announced at the inter-faith prayer session but, today, it is a reality. “Our appreciation goes to the Almighty God, first, and the man at the helm of affairs in Oyo State, Engineer Seyi Makinde, our own God Sent Man.

“To us in the labour, GSM has always been a man of few words but many actions. He matches his words with actions. This kind of thing last happened 10 years ago, precisely 2011, and today, it is happening again. When we attend meetings at the national level either of the TUC, NLC or individual union’s NEC meetings, Oyo State comrades are noted for climbing bikes. But with this kind gesture, an end has come to that.”