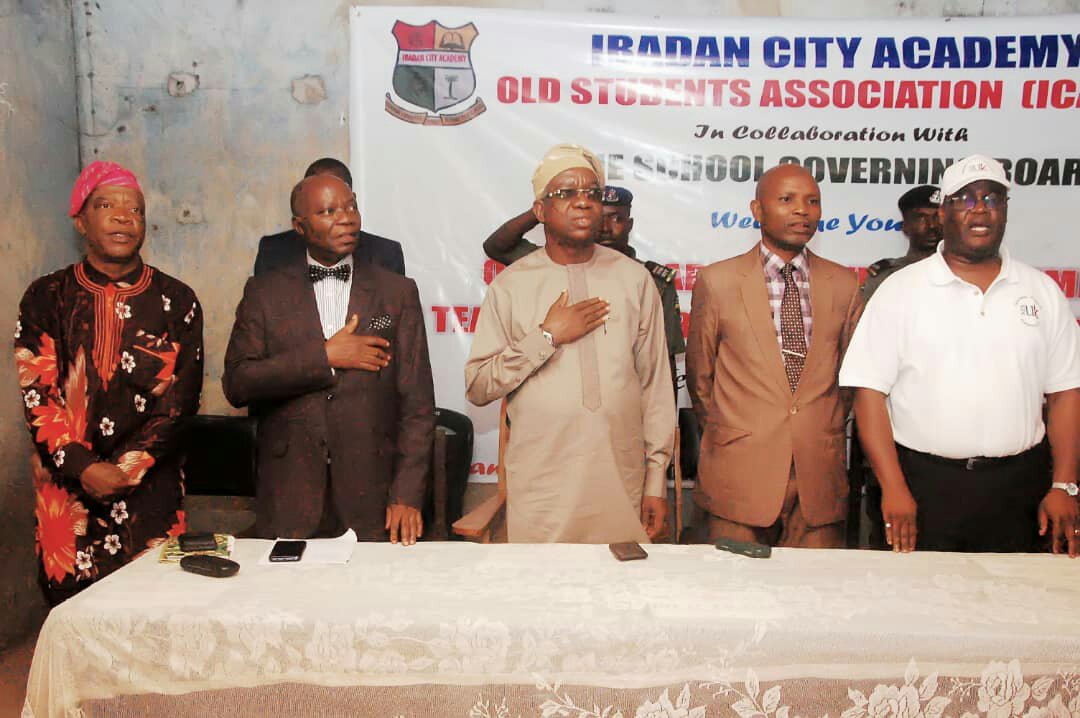 ….As Body Expends Over 40million on School’s Facelift

*Flanking the deputy governor of Oyo State, Engr. Rauf Olaniyan from right is the leader of the Association of Nigerian Academics in UK team who is also an alumnus of the Ibadan City Academy, Counselor Oyindamola Aminu, Chairman, Ibadan City academy’s SGB and an alumni, Dr Bashir Olanrewaju, the President General, Ibadan City Academy Old Students body, Pastor Titiloye Richard and another member of the alumni**

Governor Seyi Makinde on Wednesday lauded the Old Students’ Association of Ibadan City Academy, Eleta, Ibadan and its School Governing Board (SGB) for having expended over forty million naira on rehabilitation of fifteen structures, including classrooms, laboratories and the school’s library while another five structures were presently under renovation.

The school has six teachers under the employment of the alumni to take care of various subjects like English Language, Mathematics and sciences to support teachers under the Teaching Service Commission (TESCOM) while a borehole was sunk for the students’ population to have access to portable water. 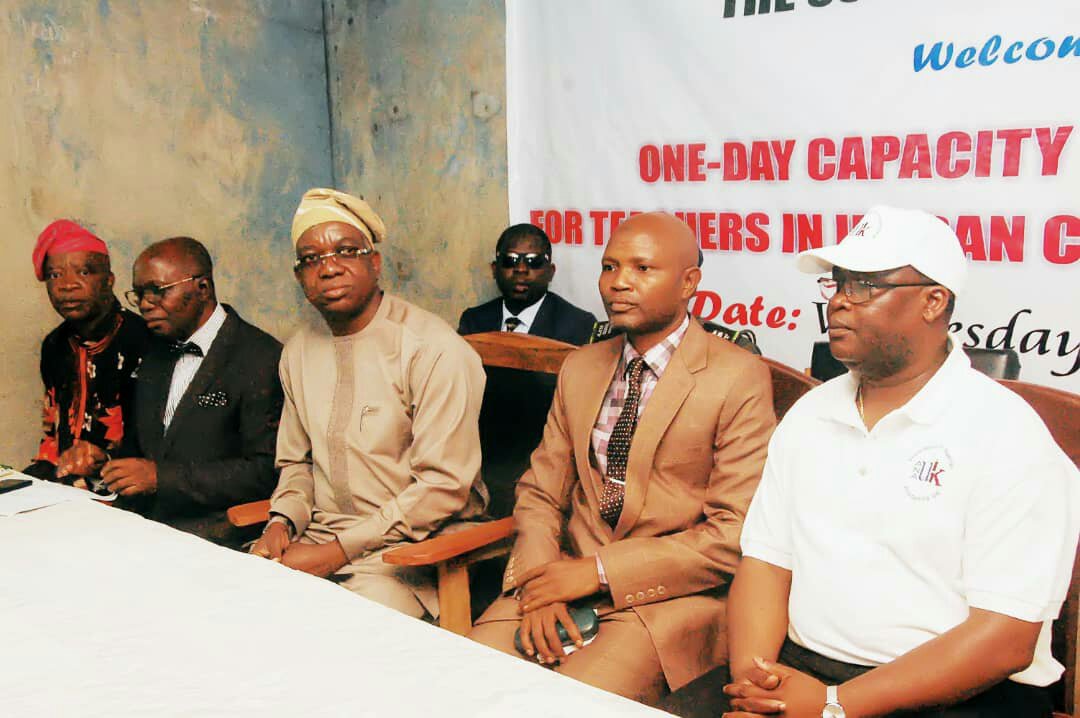 Makinde who was represented by his deputy, Eng Rauf Olaniyan at a capacity building seminar organized by the Old Students’ of the school in conjunction with its SGB body said the situation on ground as far as public schools facilities were concerned was pathetic, reiterating the administration’s readiness to take the all-encompassing education policy to a greater level.

The Old Students’ body of the school had invited five education experts from the United Kingdom from the popular Association of Nigerian Academics in UK, among whom was a member of the alumni.

They took over hundred teachers through the modern and up-to-date requisites of teaching methodologies and learning styles that could enhance students’ performance.

The deputy governor while declaring open the seminar promised to partner with Association of Nigerian Academics in UK to spread the gains of the capacity building program to other areas of the State.

In his words, Olaniyan said “on behalf of the government and the people of Oyo State, I want to appreciate the alumni of Ibadan City Academy and its SGB for their efforts to complement government in uplifting education in the State.

“Government cannot do everything. We urge people in and outside the State to inculcate this laudable effort and contribute to the growth of education in the State to propel the needed effect on other aspects of human life.

“Let me give kudos to the last administration for bringing SGB on board, but I want to add here that our administration will take the policy to a greater height. On behalf of Oyo State government, I have the privilege to tell you that we are ready to partner with you because we know that no matter the cost of building structures in schools, if capacity of teachers is not updated, then the buildings are nothing.

“I want to add that with what we have seen here, by the time you come here next year, we would have done our own bit that you will have a good story to tell,” he promised.

The President General, Ibadan City Academy Old Students’ Association, Pastor Titiloye Richard in his address said the ‘Train The trainers’ seminar was targeted at bettering the lives of students which could be achievable by training the teachers to impact the right type of knowledge to the students.

“At the end of this capacity building seminar, we expect the teachers to have a new horizon into teaching and impacting on students and for them to identify that the students do not have the same capacity and that they must be able to accommodate all types of students when it comes to teaching methodologies.

“In the last three years, we have taken it as a responsibility to have a facelift of the school and that is why we renovated about fifteen classrooms, school laboratories and library which had gulped up to over forty million naira. We call on government to take it where we have gotten to and do the needful.

“It is not enough to do free education, the structures and teachers’ capacity as well as teaching facilities should be provided. With the free education which is commendable, there will be a boom in population of students and the facilities and other inputs must be on ground to accommodate them.”

Dr Bashir Olanrewaju who was also an alumnus and Chairman of the School’s SGB gave kudos to the incumbent governor for making education accessible to all strata of the society in the State by introducing free education for all public schools.

He pledged the support of the alumni of Ibadan City Academy and its SGB to the education policies and pursuits of the government while promising that students of the school would perform excellently well in all their internal and external examinations.

One of the participants at the seminar who was also a teacher of financial studies, Mr Adeniyi Temitope appreciated the alumni and SGB of the school for broadening the knowledge of the teachers with the seminar which he described as interesting, promising to make good use of what he learned in impacting positively on the students.