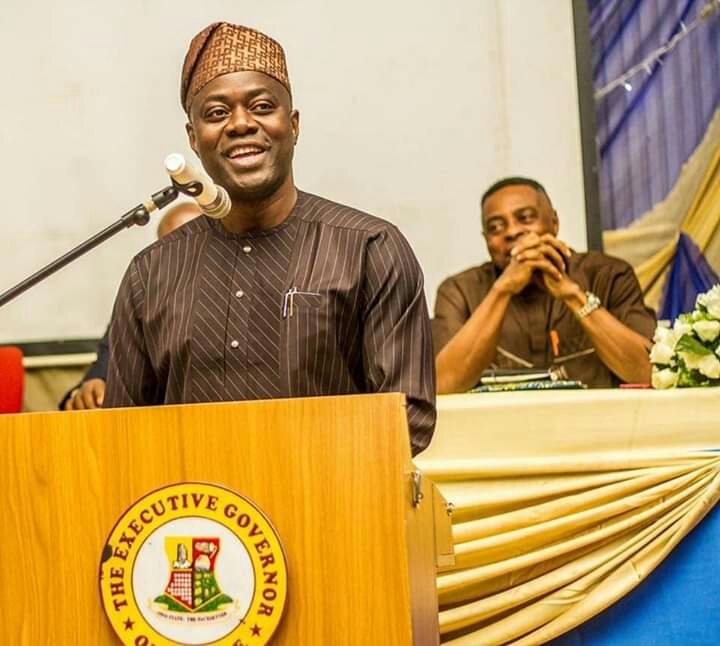 Oyo State government has reinstated its focus at attaining #4billion monthly internally-generated revenue by the year 2020, saying the recent report in the media about an improvement of the IGR from #1.3billion to #2.7billion in October was contrary to the stand of the government.
The Chairman, Oyo State Internal Revenue Service (OYSIRS), Aremo John Adeleke made this clarification on Wednesday when newsmen visited his office in Ibadan on updates about the issue.
He said the State has set its target a minimum monthly collection of #2billion irrespective of situations that might affect the monthly income despite that it inherited a record of #1.7billion monthly income from its predecessor.
“Oyo State Government is determined to engage in a sustained effort to improve its internally generated revenue from a revenue level averaging about ₦1.7 billion per month at the time of inception of this new government, the present administration in the short-term, has set its target at a minimum monthly collection of ₦2 billion irrespective of the vagaries and gyrations of the various sub-segments of the state revenue component.
“We want to repeat that the ₦2billion threshold which is the immediate minimum IGR which we hope for through the Oyo State Internal Revenue Service, continued to be attainable, every month, we will continue to work for increases beyond the threshold until the goal of doubling the IGR of the State to achieve a band of ₦4 billion is attained by December 2020.
“At this point, the State will not indulge in any random celebration of any particular month’s IGR figure because our best is yet to come, even when we cross the ₦4 billion mark in the months to come, this will immediately become another benchmark for higher and stronger IGR performance. We continue to draw appropriate lessons and inferences when our IGR is on the right trajectory in any month. On the other hand we put in measures and constantly revise our strategies in months when we expect to do better.
“We refuse statements in the press putting our IGR as #2.7 billion for the month of October and the IGR inherited by this administration as #1.3 billion. Nevertheless, we are not out to celebrate any specific figure of IGR attached to any month until we have achieved progressive and consistently satisfactory revenue over a sustained period.
“Running along with our strategies of more effective and leak-proof collection, a well enhanced manpower equipped with the right skills, determination to exploit the richness of our informal sector, embrace of the right IT Solution for improvement of specific areas of collection, conscientious and result-driven leadership in the Board and the Ministry of Finance, the good governance and visionary leadership of our leader, Governor Seyi Makinde, Oyo State is poised to positively increase its IGR collection within the shortest possible time under this government. This is what we are working for. This is what we will achieve.”
The State Commissioner for Information, Dr. Wasiu Olatunbosun had earlier hinted that the State was working towards achieving the #4billion monthly IGR benchmark while the State had put in place what it called a strategic revamp of the revenue generation machine to achieve the feat.