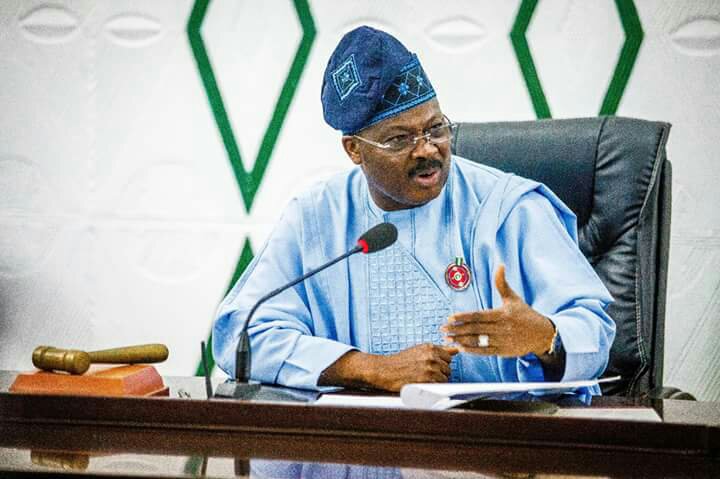 The Oyo State Government on Wednesday disclosed that over Nine Billion (N9bn) has been disbursed for the payment of salaries and pensions for the workers under the payroll of Local Government Councils in the state.

The state commissioner for Local Government and Chieftaincy Matters, Mr. Bimbo Kolade, who made the disclosure, explained that the sum of Nine billion, Seven Hundred and Seventy Six Million, Nine Hundred and Thirty Eight Thousand, Sixty-Eight Naira and Eighty four kobo (N9,776,938,064.84) was released for the payment of salaries and pensions for Local Government Staff for various months.

Mr. Kolade said that part of the money will also be used for the payment of primary school teachers’ salaries for the months of March and April 2018, Teachers leave bonus for 2016 and primary school pensioners’ pension.

He added that the sum of N4,520,495,197.67 will be used for the payment of salary and pension for Local Government Staff, saying that the money has been disbursed for local government councils across the state for the immediate payment of salaries of their workforce.

Mr. Kolade stressed that the money released will reduce the outstanding arrears owed workers at the local government level ranging from one to six months, urging the Local Government Council chairmen to use the money for the purpose for which government has approved its disbursement.

He stated that the government remains committed to the welfare of the workers and people of Oyo State, assuring that efforts are being made to clear the backlog of pensions and gratuities owed the retired primary school teachers.

The Commissioner pointed out that efforts that led to the payment of N200m for gratuities of pensioners at the state level is being replicated at the local government level with the release of over N400m, noting that the government will continue to strive hard to ensure that workers get their dues promptly.