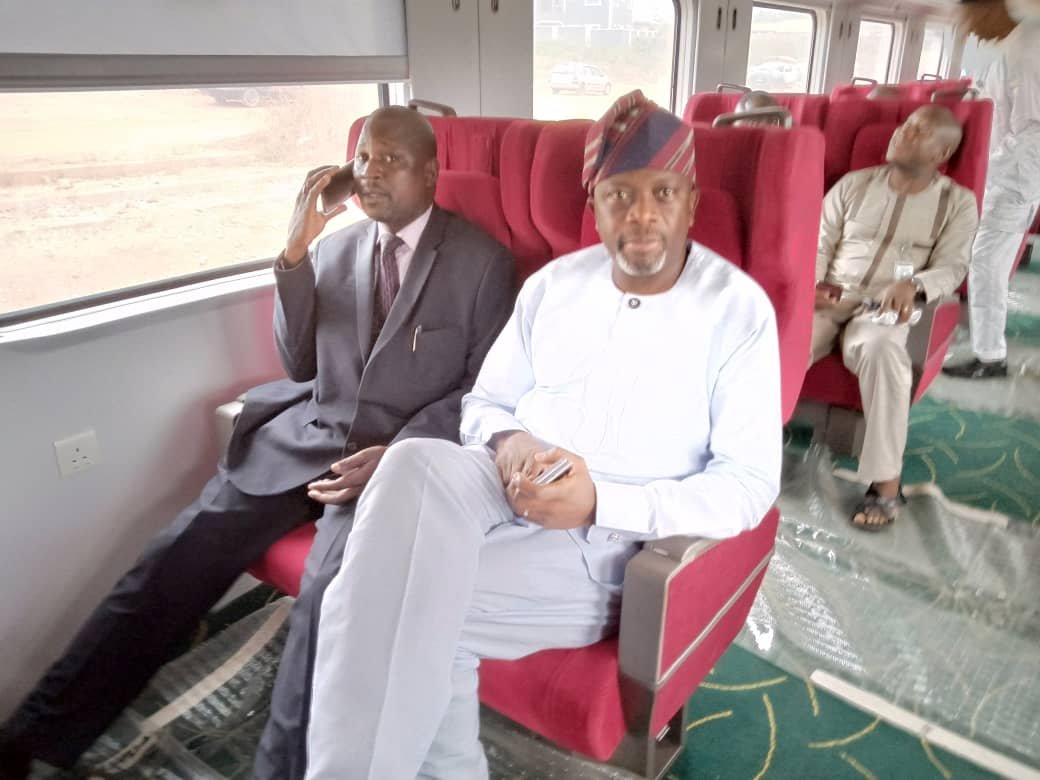 * Hon. Sunday Ogunwuyi in a rail ride on the Lagos-Ibadan standard railway on Thursday

The spate of works at the Ibadan Inland Dry Port at Akinyele local government in Ibadan and the ongoing construction of Lagos-Ibadan railway track have been described as satisfactory by Oyo State government.

The Director-general, Oyo State Investment and Public-Private Partnership Agency, Hon. Segun Ogunwuyi made this assertion when he embarked on inspection of the two projects on Thursday. 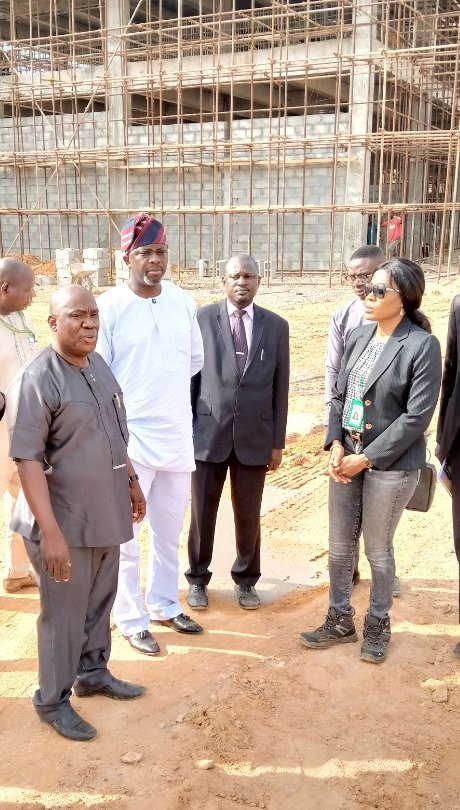 *Ogunwuyi with his entourage at the inspecting ongoing project at the Ibadan Inland Dry Port at Akinyele, Ibadan

Ogunwuyi, alongside officials of Nigeria Shippers Council (NSC) and the Railway Corporation of Nigeria took a ride of the standard rail from Ibadan to Lagos to ascertain level of work done after which they visited the Inland Dry Port at Akinyele.

He added that the two projects would positively affect economic activities and standard of living of the people of the State, as they would provide job opportunities for the youths while the rail transport would ensure easy movement of people and goods at a cheap cost

“These two projects are commendable as they are going to have a lasting positive effect on our people, you can imagine the number of people that will be directly and indirectly engaged in the activities of the Inland Dry Port and the consequential economic impact.

“We all know also that rail transport is the cheapest, it will afford our people to move to and from Lagos with less cost, while goods will be transported with ease as cargo rail will be there to haul goods.

“Look also at the relief that will be there for the roads that have been overburdened by movement of heavy trucks and thereby make the roads quickly get spoilt,” he said.

Hon. Ogunwuyi reiterated that Oyo state would continue to nurse the good relationship between the State and the Nigeria Shippers’ Council so as to achieve the desired economic transformation, targeted by the Seyi Makinde administration.