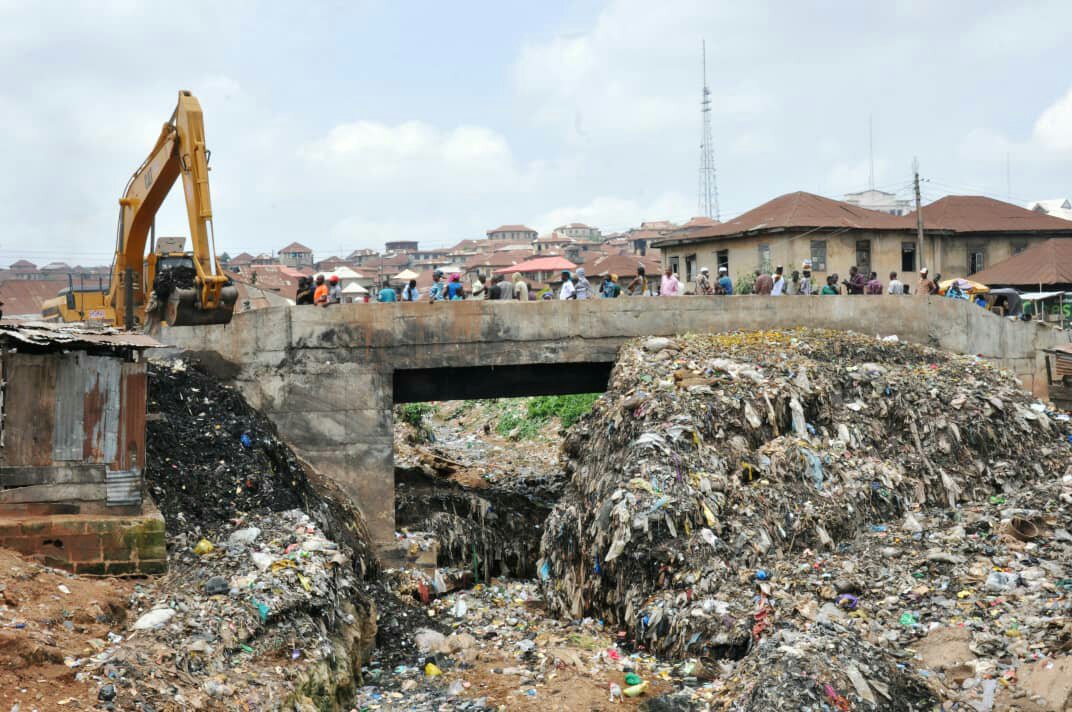 Following the directive by the governor of Oyo State, Engr. Seyi Makinde that refuse du mps in the State, especially within Ibadan metropolis be evacuated, men of Oyo State Ministry of Enviroment and officers of West African Energy were seen on Tuesday at the affected areas with earthmoving machines, evacuating debris. 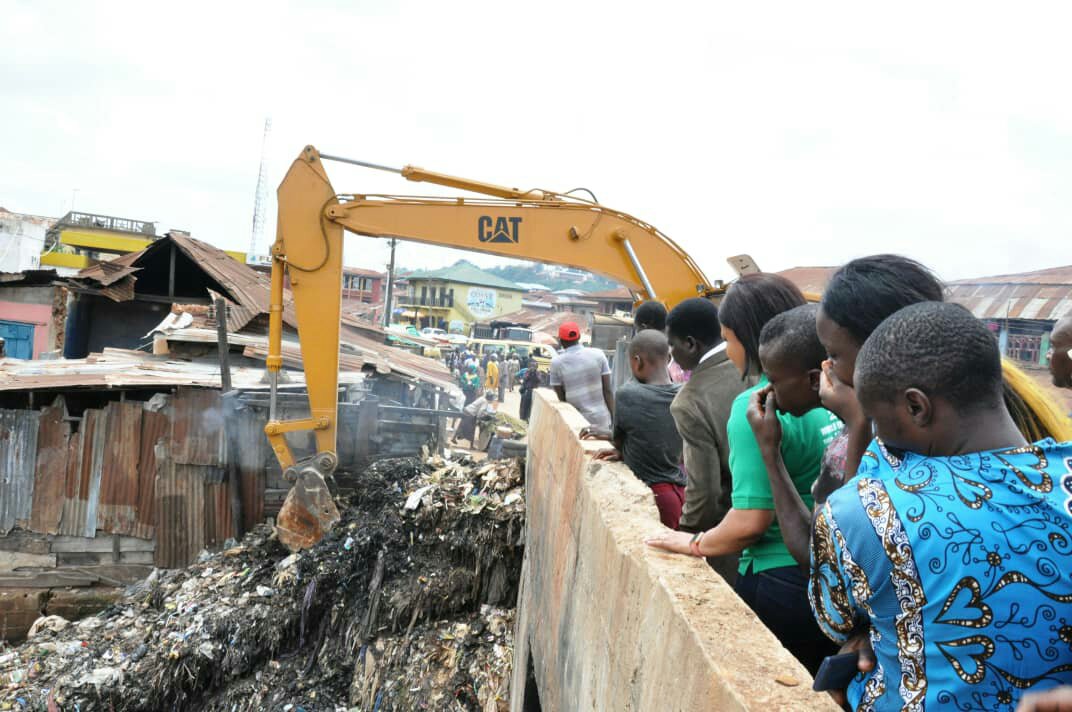 The governor had earlier, in a release signed by his Chief Press Secretary, Mr Taiwo Adisa called on the people of the State to cooperate with the government in ridding the State of filth by disposing their refuse at appropriate areas.

The evacuation team was led by the Permanent Secretary, Ministry of Environment and Water Resources, Mr Gabriel Oguntola, his counterpart from the Ministry of Information, Dr Bashir Olanrewaju, Chief Operating Officer, of West African Energy, Mrs Ololade Oresanya and officials from both Ministries. 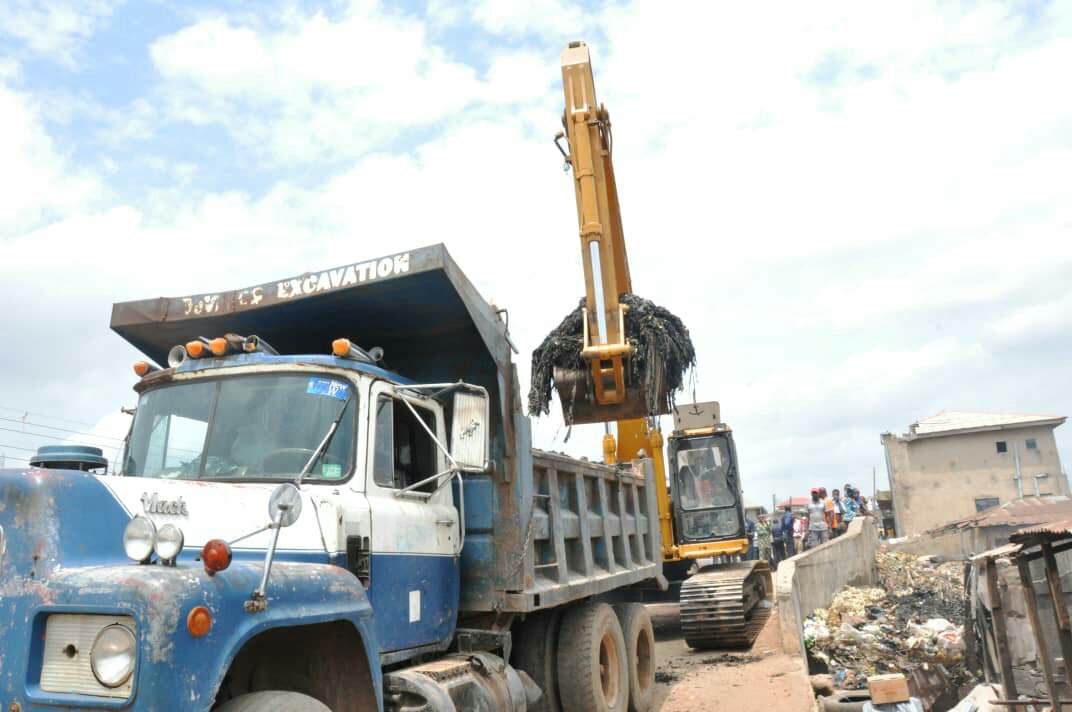 While speaking during the evacuation exercise held at Gege river in Ayeye, area of Ibadan, Mr Oguntola urged market women and inhabitants of areas close to major markets in the city to see a clean environment as a precursor to good health which cannot be bought with any amount.

“Governor Seyi Makinde has proclaimed his thoughts towards zero tolerance to indiscriminate dumping of refuse in the State and the committee charged with this assignment has commenced the evacuation of refuses at Gege river in Ayeye Market which has been field up with heaps of refuse and waste .

“We appeal to the traders and the people residing in the area to support the Government in its bid to make the Oyo State clean and habitable in order to prevent any outbreak of epidemic and other communicable diseases that might be contacted from unhealthy environment.” 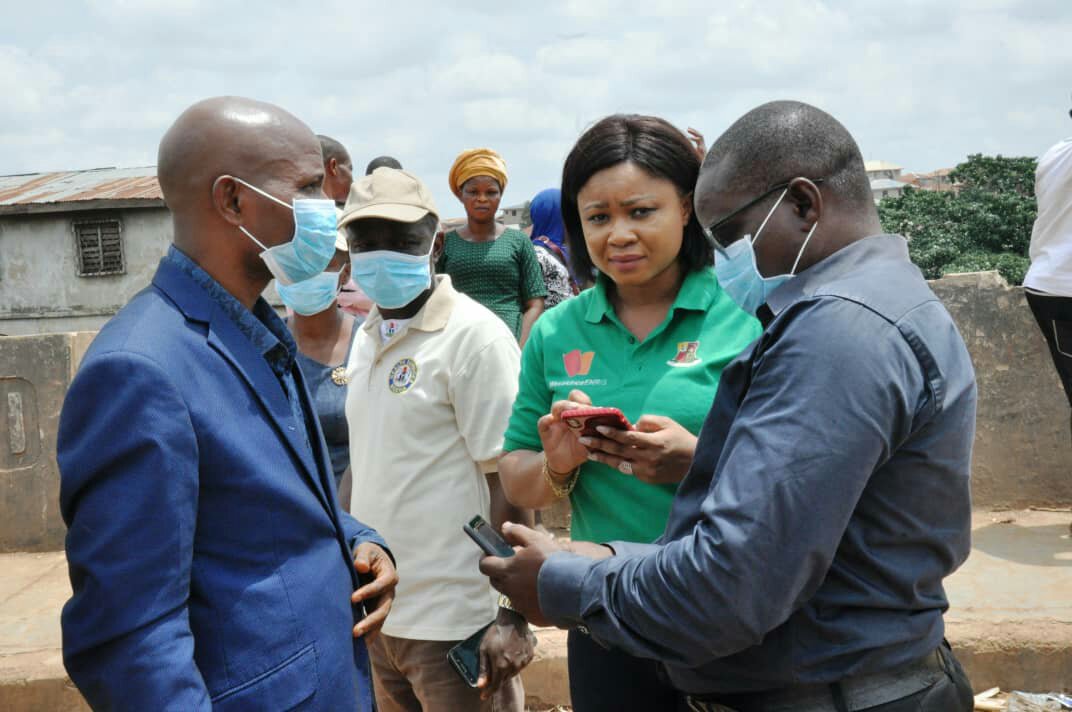 *Dr Olanrewaju, Mrs Ololade and Mr Rotimi Babalola of the Ministry of Information, Culture and Tourism at the refuse site

Dr Bashir Olanrewaju told newsmen that preparation was already in high gear to engage stakeholders on proper waste disposal techniques and need for constant interface with government on the issue of sanitation to avoid outbreak of disease that might be associated with indiscriminate refuse disposal.

Dr Olanrewaju said “The present administration will continue to engage all the stakeholders such as Traders, market men and women, religious leaders as well as the general public through sensitization programs on how wastes can be properly managed in their respective areas and the state at large.” 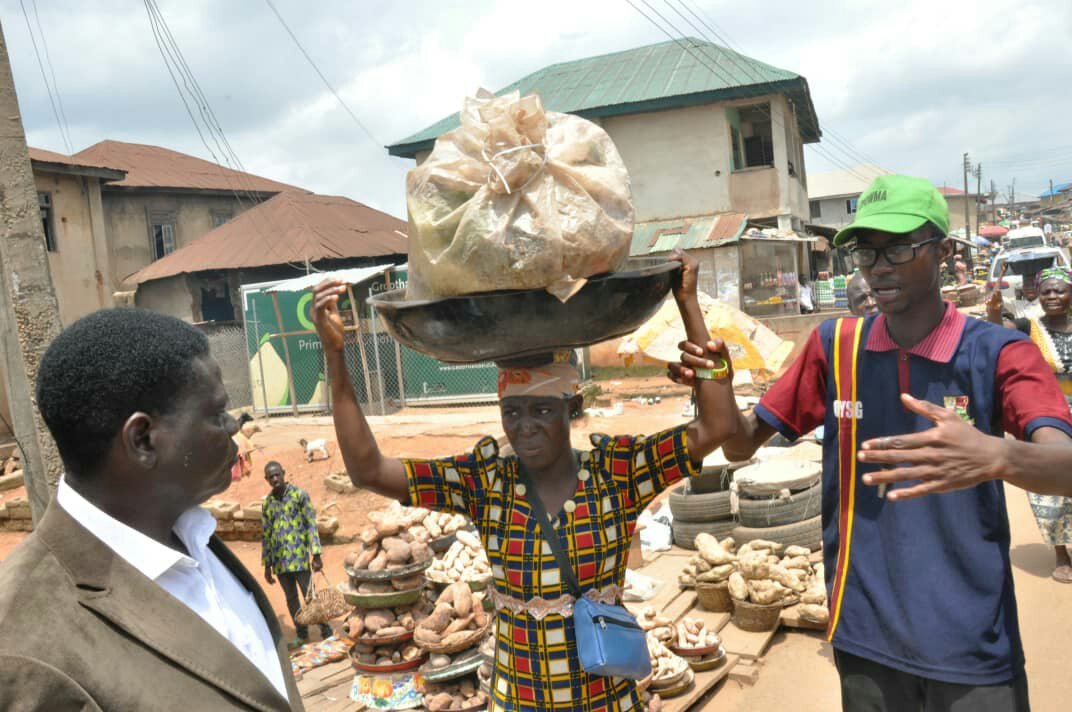 *PS Ministry of Environment and Water Resources, Mr Oguntola, reprimanding a woman who was about dumping a bag of waste on the river channel

In her own words, the Chief Operating Officer of West African Energy, Mrs. Lolade Oresanya said his her organization has identified about 30 priority dumping sites in Ibadan that needed immediate evacuation in which Gege river in Ibadan north Local government was included.

She joined others to call on residents to always patronize approved refuse contractors and waste managers in other to achieve the government’s mandate towards zero tolerance for indiscriminate waste disposal in the State.