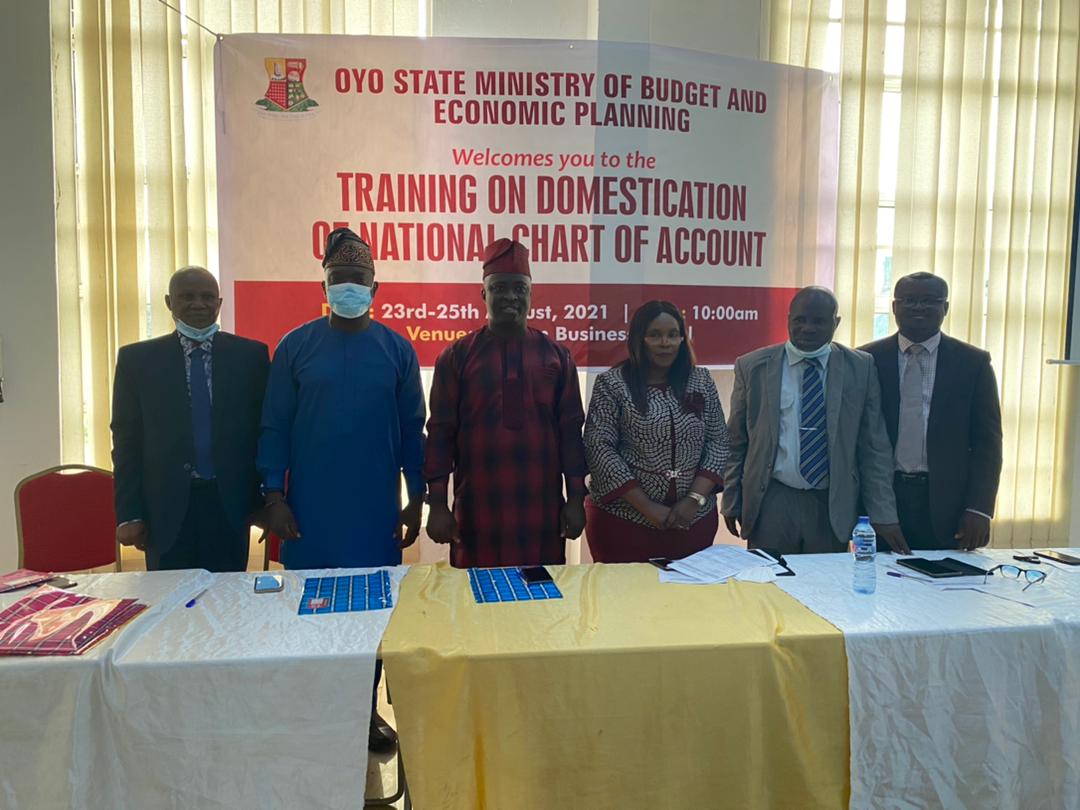 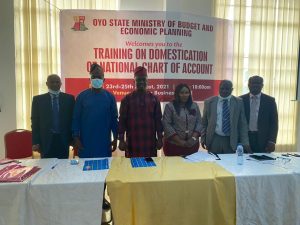 The Oyo state Government has embarked on a Three-Day Workshop for Ministries, Department and Agencies, (M.D.As‘) on alignment of National Chart of Account (N.C.O.A), which encompasses budgetary and accounting processes, as the 2022 fiscal year approaches.

The workshop, which commenced on Monday was organized by the Oyo State’s Ministry of Budget and Economic planning, came weeks after town-hall meetings were held in seven geo-political zones of the State, which recorded the attendance of critical stakeholders, for citizens’ engagement in public policies and government’s activities.

While declaring the training session open at the Ibadan Business School, the Secretary to the State government, Olubanwo Adeosun, through the Special Assistant on Budget and Economic Planning to Governor Seyi Makinde, Mr. Babatunde Musbau, lauded the stakeholders engagement style in the implementation of projects in the State.

Musbau described the N.C.O.A as a concrete platform for effective budget preparation as he claimed that the chart addresses budgeting, accounting and analysis of all government transactions in the three tiers of government, namely executive, legislative and the judiciary.

He stated that the State administration has re-engineered the socio-economic infrastructure to boost economic viability through Internally Generated Revenue, which the State Government is determined to increase from its sectors.

In his address to participants from Ministries, Department and Agencies during the Training-session, the Senior Special Assistant to the governor on Economic Planning, Oluwaseyi Ogunsanya, asserted that the workshop was designed to equip the workforce  with adequate skills and knowledge for budget preparation.

Ogunsanya added that the training was borne out of the need to prepare a budget in conformity with global best practices, for development of critical projects and infrastructures, to attain better improvement of standard of living.

While welcoming participants to the training session, the Permanent Secretary, Ministry of Budget and Economic planning, Mofoluke Adebiyi, described the training as an important activity towards reform that would occur in the public service soon.

Mofoluke Adebiyi also described the N.C.O.A as an intensive process for overall understanding of budget’s preparation, as she claimed that balancing is required in all accounting processes.

Facilitator of the sensitization programme, Ayuba Onifade, explained the features of the N.C.O.A to include, flexibility for easy generation of financial reports of the budget which refers to an estimate of income and expenditure for a particular period of time.