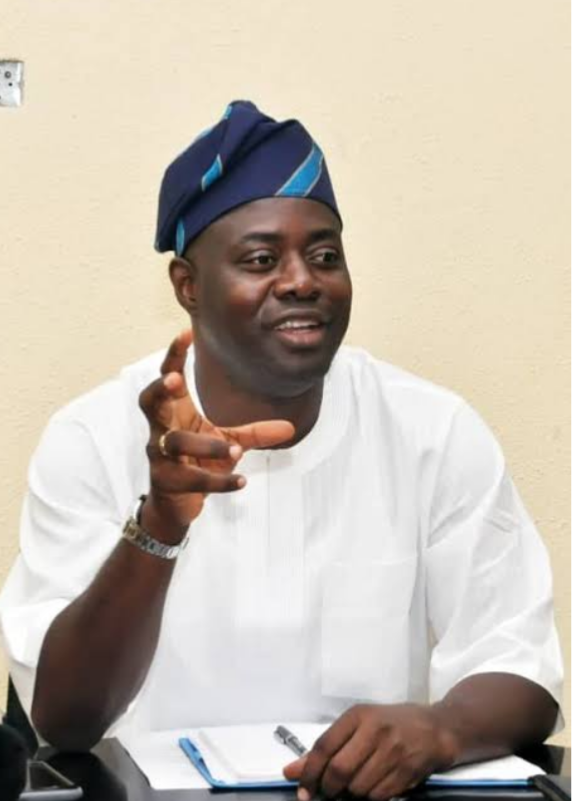 Oyo To Set Up Anti-corruption Agency

The Governor of Oyo State, Engr. Seyi Makinde, has said that his administration will soon establish an anti-corruption agency in the state to investigate and prosecute grafts in the State.

The Governor, who stated this while speaking at a two-day induction programme for members-elect of the 9th Assembly of Oyo State, disclosed the readiness of his administration to fight graft.

He stated that the lawmakers would get a bill seeking to establish the Oyo State Anti-Corruption Agency immediately after the inauguration of the House.

Makinde added that when the agency is established, it would be empowered to beam its searchlight on any individual or body in the state.
A statement by the Chief Press Secretary to the Governor, Mr. Taiwo Adisa, quoted the Governor Makinde as saying that he would readily waive his immunity to appear before the agency if he is found not to be above board.

The Governor said: “The first Executive Bill we are bringing to you is for us to set up an Anti-Corruption Agency for Oyo State. And I will waive my immunity, if I am found not to be above board, to face that agency.”

Governor Makinde also explained his government’s determination to make Oyo State one of the safest in Nigeria by coming up with measures to tame insecurity.

According to him, the decision to proscribe the National Union of Road Transport Workers (NURTW) a few days after taking office was borne out of the resolve to ensure that the state is not held to ransom by a few individuals.

Engr Makinde disclosed that his government has a blueprint on the security sector, adding that his colleagues in the South West are also working together in that regard.

He said: “We are going to take the security of lives and property seriously. Few days after I was sworn in as governor, we proscribed the NURTW. I told them that we were not interested in stopping them from running their union, because it is registered under the law. But we cannot allow a few people to hold the State to ransom in the name of running a union. I am talking to the security agencies in the state; we know the flashpoints and we know exactly what needs to be done.”

He told the members-elect that he was looking forward to a cordial relationship with them in the 9th Assembly, adding that he was also hopeful that the incoming Assembly would become the best Oyo Assembly ever.

The Governor also promised to work with the state Assembly to guarantee financial autonomy to the local government areas, while also promising to work with all political parties operating in the state.

He said: “The task before all of us now is to make Oyo State better and I look forward to us working together. I want us to deemphasize party affiliations. I want this ninth Assembly to the best ever in the history of Oyo State. I know you can do it, because some of the qualities that you need to make that happen, you all have them: experience, youthful energy, and commitment. So, we won’t have any excuse not to deliver.

“I believe that this workshop has been insightful and interactive enough and you are in full appreciation of the task ahead of you. As soon as you settle in, I will almost immediately be bringing an Executive Bill. We have four major areas that our government will focus on. We want to expand our economy and lift as many of our people as possible out of poverty. We want to use agriculture to expand the economy. It is not by just saying it; we have to see real action and most of our infrastructure will be made to target our economy. We need to work together on this.”

Speaking on his decision to scrap the N3, 000 education levy being charged by the previous administration, the Governor stated that he had no regrets keeping his campaign promise.

He said: “During my speech at the inauguration ceremony on May 29 at the Liberty Stadium, I said that the N3,000 education levy has been scrapped and a lot of people have been condemning the action, saying I should have waited to occupy the governor’s seat and see the magnitude of the challenges before making that move. We did our calculations and we found out that with the enrolment of students, we only require N1.2 billion yearly to take care of whatever the N3, 000 levy was being charged for.”

The Nineth Assembly in Oyo State was billed to be inaugurated by the governor on Monday at the floor of the State House of Assembly, where the leadership of the assembly is expected to emerge.