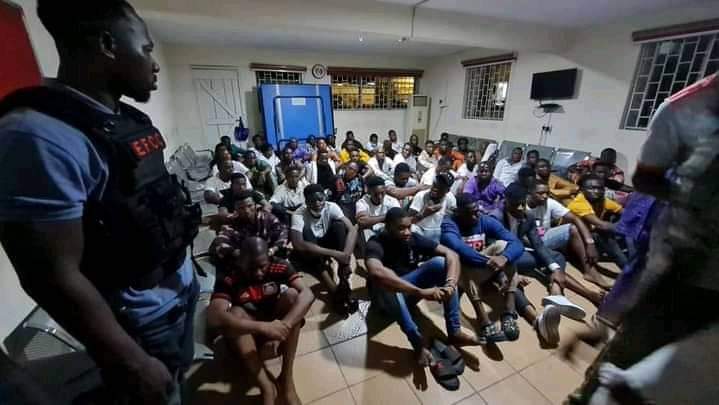 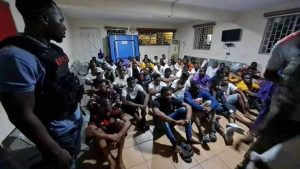 The Economic and Financial Crimes Commission (EFCC) has arrested 60 suspects believed to be involved in internet fraud as they were said to have gathered to celebrate their award night at Abeokuta, Ogun State.

The award venue was leaked to the operatives of EFCC who stormed the center and arrested the youngsters.

A collection of the exotic cars, expensive phones and other personal items were seized from the suspects while they were taken away to EFCC holds.