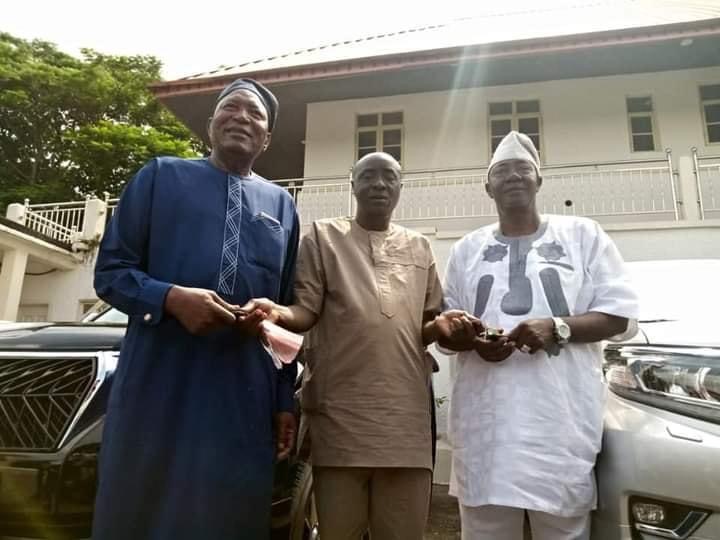 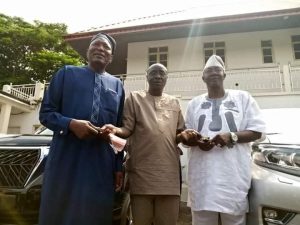 A body rooting for the second term in office of the incumbent Governor of Oyo State, ‘Seyi Leekan Sii Group, Iseyin’ and PDP, Iseyin have described the tenure of the outgoing Chairman of Peoples Democratic Party in Oyo State, Alhaji Yunus Omokunmi Mustapha as successful and filled with numerous achievements by the party.

The group, in a statement signed by its Chairman, Alhaji Muraina Siaba, the Secretary, Mr. Sefiu Olukokun and the Publicity Secretary, Hon. Waheed Olaniyan said the tenure of Alhaji Kunmi Mustapha witnessed giant strides made by the present administration in the State, listing areas where developmental changes have been effected like public infrastructures, free and quality education, healthcare, youths and women empowerment among others.

This is the outcome of a special thanksgiving programme organised by Seyi Leekan Sii Group (SLSG) and PDP, Iseyin Local Government to appreciate the tenure of the outgoing State Chairman of PDP on Wednesday at his premises in Iseyin.

They claimed that the support enjoyed by the Governor from the outgoing Party Executives also improved internal democracy in the party, as reflected in what they called a seamless ward, local and State congresses that were recently concluded and produced the Honorable Dayo Ogungbenro-led new executive members for the party.

The body used the occasion to congratulate Hon. Dayo Ogungbenro and other members of the party executives, calling on them to continue the good work of the Kunmi Mustapha’s led executives.

“We pray that Almighty Allah grant him long life and good health to enjoy the rest of his life and the fruits of his labour, we thank God for making it possible for the tenure of Alh Kunmi Mustapha to produce a performing Governor of the State, Engr. Oluseyi Abiodun Makinde, who PDP at Wards, Local, State, Zonal and even national levels are very proud of.

“His scorecard at the celebration of his second term of his first tenure is a living testimony, Iseyin people shall forever remember Governor Seyi Makinde and be ever grateful to him for the goods which the tenure of the duo of Alhaji Kunmi Mustapha as State Party Chairman of the ruling party and that of the incumbent Governor of the State and the Leader of the Party in the State and the entire South West have achieved.

“Among the goods are the reconstruction of the long-abandoned Iseyin- Moniya road, establishment of College of Agriculture and Renewable Natural Resources, LAUTECH Campus in Iseyin, to quench Iseyin Community’s long thirst for higher institution of learning and the ongoing reconstruction of Federal Government-owned Iseyin- Oyo road.

“Very important to mention is your appreciation of the loyalty and dedication of our leader, throughout his tenure as the State Party Chairman with the donation of a brand new Toyota Prado Jeep gift to him, we are very grateful.

“Iseyin Community is saying, surely your good term deserves another, Our dear GSM, we pray for your successful tenure of office as Executive Governor of Oyo State uptill 2027.

“Iseyin PDP and our group, the Seyi Leekan Sii Group, Iseyin also used the occasion to appreciate God for giving us another capable, trustworthy and experienced indigene of Oke-Ogun, Hon Dayo Ogungbenro as the incoming State Chairman of our great party, PDP.

“He was victorious at our very peaceful and successful State Congress and we pray for his successful tenure of office and that of his entire Executive members, We also thank God for allowing the first of its kind handing-over ceremony in the annals of PDP Oyo State that was witnessed recently between the outgoing and incoming State Chairmen.

“We urge the new Executive members to use their wealth of experience to give necessary support to the PDP Government of our Governor, Engr Seyi Makinde for his continuous, successful tenure of office till 2023 and beyond. GSM,please don’t look at detractors.

“We give special thanks to our great Leader, Distinguished Senator Hosea Ayoola Agboola , the able Chairman, Oyo State Governor’s Advisory Council, for standing by our Governor, the Almighty God shall continue to bless and enrich your knowledge and health sir.

“We appreciate you for supporting the candidature of the present Chairman of our Party in Iseyin Local Government, Alhaji Musediq Ajigbotoso, he will not let you and our Governor down, he will, with your support and that of our other great Leaders, ensure that our Party is moved to higher altitude by uniting all interest groups and stakeholders in the party and mobilizing new members to join the party.”

In his response, Alhaji Kunmi Mustapha,l appreciated God for his life and for answering his prayers which made PDP Oyo State to win the last Governorship election in the State which produced Governor Seyi Makinde.

He further remarked that though a lot of water has passed under the bridge, but the present administration has made him a proud man in Iseyinland.

He reminded the Iseyin people of the promise made during electioneering campaign that they shall ever support Seyi Makinde if he could establish a higher institution of learning in Iseyin, which has been fulfilled, asking that the people reciprocate with continuous support for the governor.

He told the gathering that he would continue to be active in politics as a leader and Stakeholder, highlighting his past political struggle which he said has been yeilding remarkable success for Iseyin Community.in general.

Mustapha also thanked Governor Seyi Makinde for the honour done him with the gift of a Toyota Prado Jeep, praying God to continue to be guide his steps and asked for the support of the party faithfuls for the newly-elected PDP State executive members, led by Hon. Dayo Ogungbenro. 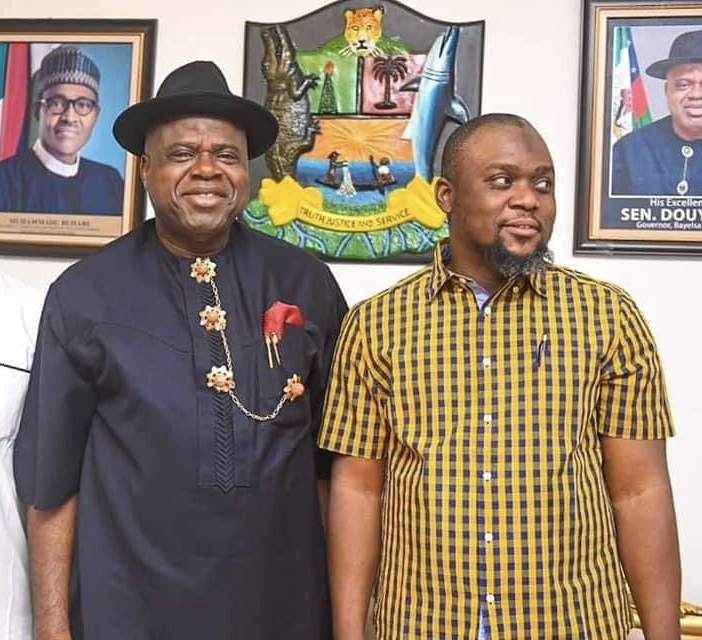