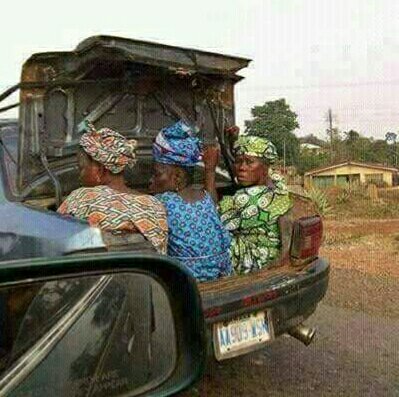 Oyo State government has started training for over five thousand public and private drivers in the State to reduce to the barest minimum, road carnages that have caused loss of lives on the roads.

The State has also been reported to have put all machineries in motion to enforce the training of all road users every two years on traffic regulations and possible guides against accidents.

This was disclosed by the State’s Head of Service, Mrs Ololade Agboola at the commissioning of the State’s Drivers’ Institute and flag-off of training of 5000 drivers in Ibadan on Monday.

Mrs Agboola who was represented by the Director, Vehicle Inspection Services, Mr James Opalola underscored the importance of training and retraining of drivers in order to curb the incessant cases of avoidable vehicular accidents on major roads.

The exercise which was conducted by Oyo State Drivers’ Institute and Institute of Road Transport Workers would see to training and retraining of both private and commercial drivers in the State on road safety, vehicle literacy and other details regarding the highways.

In his address, Agboola said “with the training in place, Oyo State will take the lead in the 2019 National Road Safety Strategy, thereby restoring the State back to its Pace Setter status because similar programmes are being organized in other neighboring States.

“This exercise will go along way to curb the incessant road carnages that have caused untold hardship to many families over the loss of their loved ones to avoidable vehicular accidents and prepare road users to be ready for challenges that might lay ahead on the road and take adequate precautions.

“The State will also start soon a compulsory training for all road users, whether public or private which will take place every two years and will attract a tone fee,” he added.

In addition, the State Sector Commander, Federal Road Safety Corps, who was represented by Mrs. Abimbola Afolabi, commended the giant stride taken by the State Government to establish the Drivers’ Institute which will therefore go a long way to reduce road Carnage as being experienced currently.

In his remarks, the General Manager, Oyo State Drivers’Institute, Engineer Victor Ogunranti, reiterated the essence of establishing the Institute by the State Government which is to train and retrain drivers in the State for better performance on the road so as to reduce the number of accidents on the highways.

Ogunranti reiterated that the programme which was a Public-Private Partnership form along with the Institute of Road Transport Workers, would engage different Stakeholders in the transport sector to continually train drivers, confirming that the training would be in two forms, namely the specialized one and the mandatory one which everybody must attend every two years and would attract a token fee.

He said the training would capture details of every participant and at the end of the training, certificates and ID Cards will be issued to participants.

Mr Rashidi Olokode, the Director, Institute of Road Transport Workers, described the partnership with the Oyo State Drivers’Institute as a Scheme that will fill two vacuums in the transport sector which is the vacuum of knowledge and that of social benefits. According to him, participants will be impacted with knowledge and also benefit in the Micro-bus empowerment Scheme where they’ll be given seven(7) sitter buses on higher purchase after meeting the necessary requirements and they are expected to pay back the money after two years.