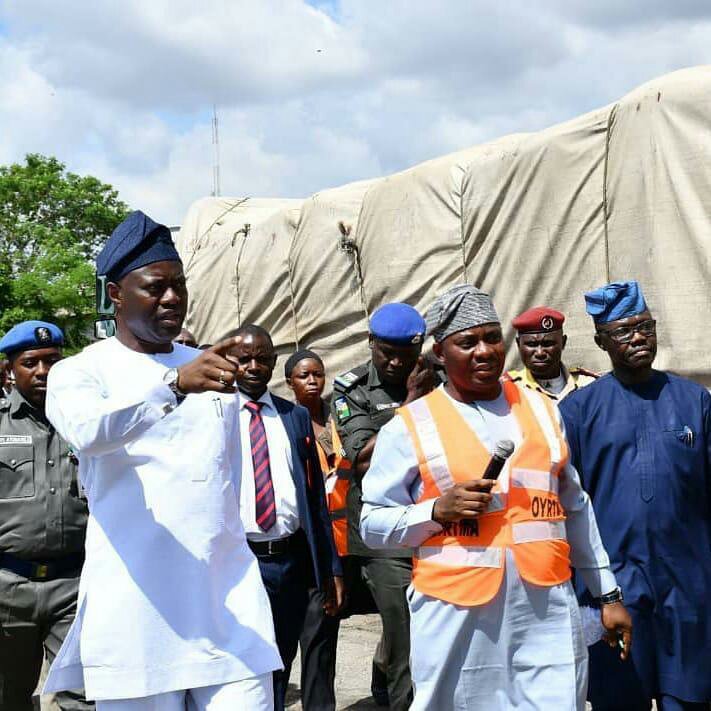 Eight people, among whom were the fuel attendants, manager of the Iseyin station of BOVAS petroleum company, the driver of a tanker that was offloading a consignment of fuel and customers of the station were saved on Monday afternoon when the tanker caught fire and the station was razed.

The fire, according to The Chronicler Newspapers’ source, started as a result of a spark of fire that occurred while the tanker was offloading its content at the Oluwole station, along Iseyin-Saki road.

The workers at the station and the lorry driver as well as customers queuing to buy fuel tried their efforts alongside the men of the State fire service who got to the scene early to put up a spirited effort at battling the fire.

“We thank God for sparing the lives of the people that were at the scene of the fire when it started, the story could have been different.

“The fire which started as a result of a spark that happened while the tanker was offloading was battled by the combined efforts of the staffers, sympathizers and the men of the State fire service,” said Mr Ajani Luqmon who witnessed the incident.