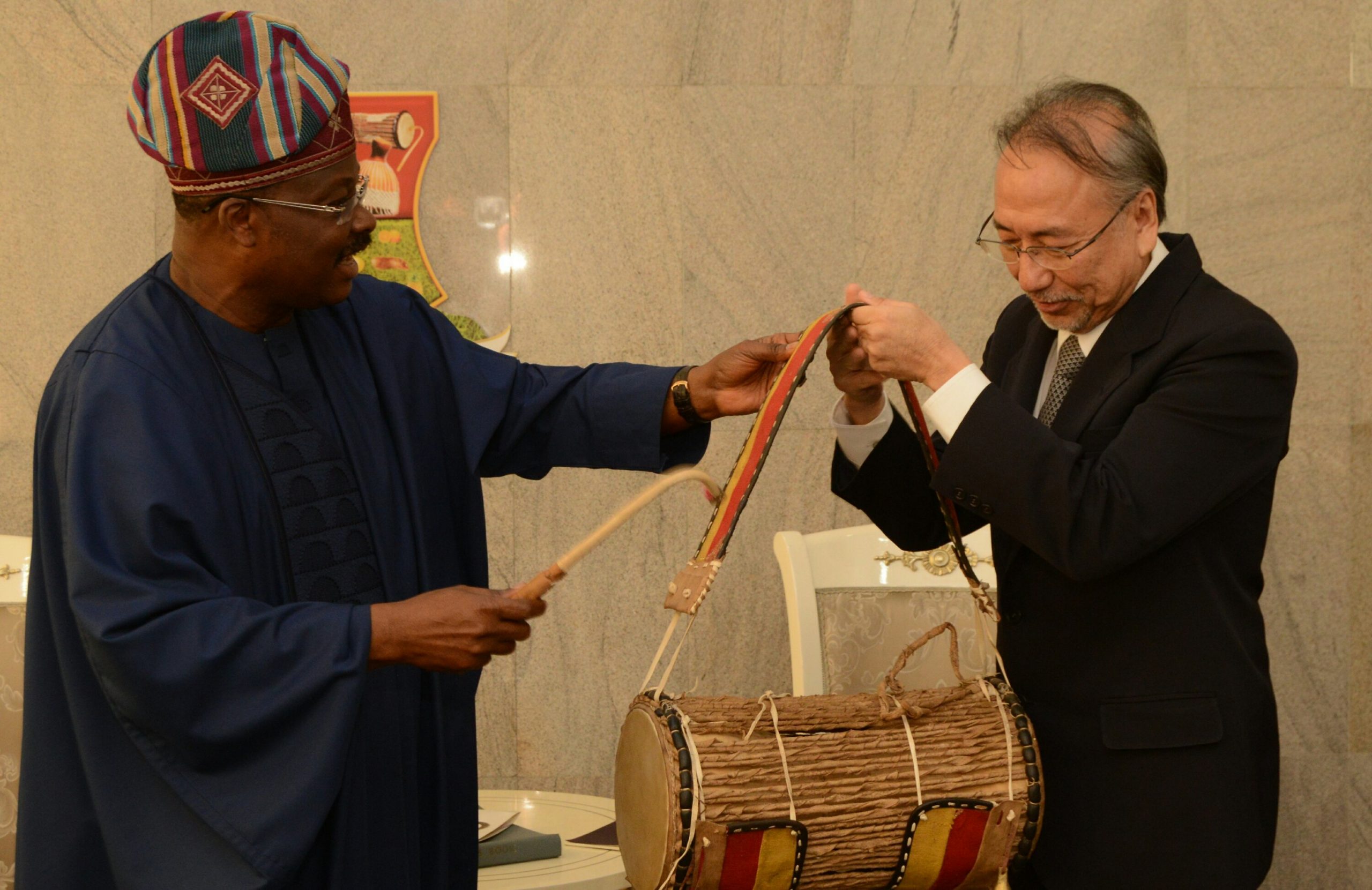 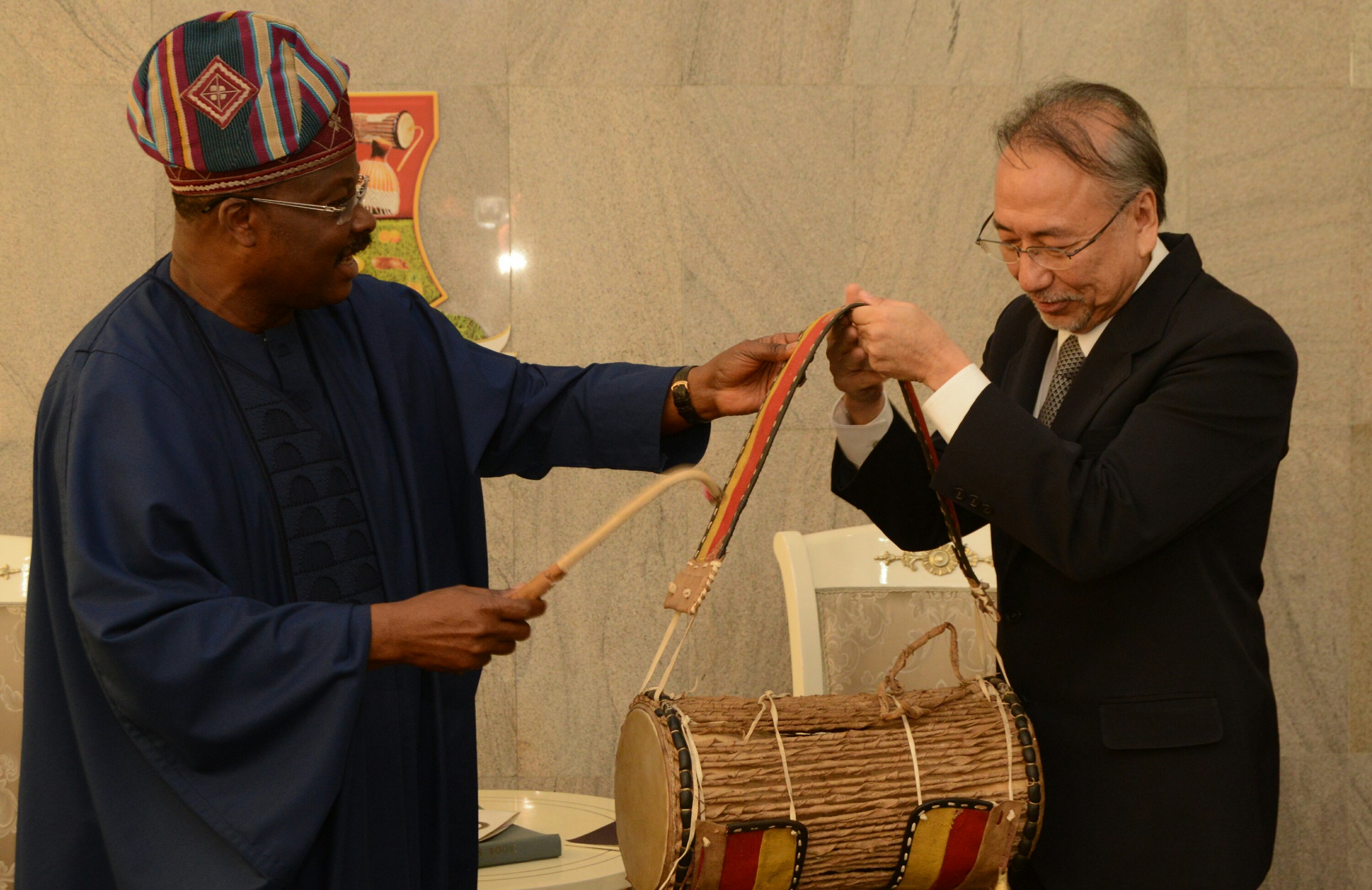 The Thailand Ambassador to Nigeria, Mr. Wattana Kunwongse and the Chairman, National Drug Law Enforcement Agency (NDLEA), Col. Muhammad Abdallah (retd), have commended what they called the ‘ingenuity’ of the Oyo State Government in the fight against illicit drugs.

They disclosed this during a courtesy visit to the Governor, Senator Abiola Ajimobi, in his office, in Ibadan, on Monday.

The NDLEA boss said that they visit was aimed at discussing ways of enhancing bilateral relations between the state and the agency in the area of Alternative Development (AD) approach to the campaign against drug abuse.

He explained that the AD approach was introduced by the United Nations Office on Drugs and Crime to assist countries in the reduction of poverty, through an increase in investments and job opportunities towards eliminating illicit drugs production.

The ambassador saluted what he called the ingenuity of state government in the fight against the drug menace, particularly by converting a state-owned forest reserve where cannabis was being cultivated into massive agricultural purposes.

Kungwonse said, “What Oyo State has done in response to the discovery of the land used in the cultivation of cannabis fell within the novel idea of UNODC, which is to help countries extend opportunities in broadening economic capacities and earn foreign currencies. The ingenuity is commendable.

“This visit is geared towards enhancing cooperation to develop potential in countries under the AD plan, as a result of a fruitful discussion between myself and the chairman of the NDLEA at Abuja recently.

“The AD project is a successful project that Thailand has been pushing in many countries with economic interest under the assistance and cooperation of UNODC. The same project was also recently launched in Afghanistan.

“It is a privilege for me to have had a fruitful discussion with the governor where we discussed potentials of the state, in terms of logistics, agricultural production chain and means of enhancing the development of cooperation between Thailand and Oyo State.”

As a follow up to the discussion, the envoy said that a team of specialists from Thailand would soon visit the state to fine-tune the agreement and commence work immediately after.

On his part, the NDLEA boss said Oyo was the first state in the country to convert a land that was formerly being used for planting marijuana to plant legally acceptable agricultural products.

He told his host that the AD approach being introduced in the state had received the blessing of UNODC’s Executive Director in Vienna, Austria, Mr. Yury Fedetov,.

Abdallah said, “The last time I was in Vienna, Mr. Yury Fedetov was briefed about the situation in Oyo State and he expressly gave his nod to the possibility of cooperation between Thailand and Oyo State on AD plan.

“This visit will further cement that agreement and I’m confident that we will soon reach a workable agreement and cooperation on this.”

Ajimobi said, “Your visit to Oyo State will go a long way in developing a bilateral relationship which will lead to more economic benefits for the state.

“We have already set the ball rolling by creating our own committee which will come up with a list of what to do and our relationship will be based on commercial, industrial and trade. We believe and we are anxious to see something tangible starting in the next three months.”