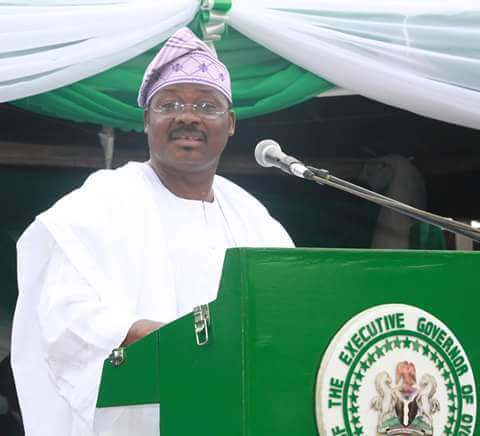 Town-Hall Meeting: The Place of Feedback in Governance

Town-Hall Meeting: The Place of Feedback in Governance

“Leaders must be close enough to relate to others, but far away enough ahead to motivate them.” – John Maxwell

Election promises without the assurance of constant rapport with the electorates

after the election to update them on happenings in governance is baseless and must be held with utmost suspicion.

During his second term election campaign trips, the Governor of Oyo State, Sen. Abiola Ajimobi promised supporters at every stop, among other assurances, to hold constant meetings with them to know their views on government policies, actions and activities. This is to get the best of feedback through deliberations that accompany such meetings.

Les Brown, the American motivational speaker and former member of the Ohio House of Representatives asked every leader to “review your goals twice every day in order to be focused on achieving them.”

It is pertinent for a good leader with the welfare of his followers at the back of his mind to review his goals of achieving the best for the benefit of the people. To achieve such goals and the suitable approach is to converse with the generality of the people through Town-Hall meetings.

The Ajimobi-led administration started the meeting with the people of the Ibadan/Ibarapa region with fourteen local councils, followed by Oke-ogun zone which has ten local government councils and Oyo/Ogbomoso region with nine local councils.

At the Ibadan town hall meeting which was held on December 2016 at the Adebayo Akande Hall, University of Ibadan, the governor, Senator Abiola Ajimobi formally presented the new education policy of the State, targeted at forestalling low academic performance of students in public schools and bringing back the glory of education in the State.

Stakeholders in education sector were happy about the new approach to arrest students’ failure in both internal and external examinations and consequently lauded the firm approach to the situation in the sector. They reaffirmed their supports for the policy.

The State Chairman, Parents, Teachers Association of Nigeria, Alhaji Abiodun Jimoh, Comrade Niyi Akano, the State Secretary of Nigerian Union of Teachers, {N.U.T}, Chief Rafiu Rafiu Oladipo, the President-General of Nigerian Supporters Association among others at the large hall solicited support for the government in its efforts to bring back sanity to the education system. They advocated discipline in the schools by education authorities to drive home their policies.

According to the N.U.T scribe, “We in the N.U.T are the happiest today, our joy started on the day Oyo State government gazetted the Schools Governing Board Model (SGB), I am happy also to inform this gathering that we have been part of it from inception.

“We are appealing to the government to increase the in-service training for teachers while government should also ensure due process in recruitment of teachers to ensure quality delivery.”

Majorly, the Ibadan meeting dwelt more on the need to revive education system among other important issues in Oyo State as the vehicle of the deliberative machine moved to the Oke-Ogun area.

At Saki where the second Town-Hall meeting was held, the focus of the gathering did not deviate from bringing succour to the people through the areas where they hold the ace in aggregate natural resources found in the areas.

Apart from education, the meeting deliberated on the need to rededicate government and people’s attention towards agriculture and allied resources that abound in the region like marble, precious stone among others.

The people of Saki used the opportunity of meeting with the governor to show appreciation for the recently awarded Saki township road dualization and assured him of their support to revamp education and internally-generated revenue increase through regular payment of tax and urbanization programme.

It was the same story of joy at Oyo Township, where the people of the town and Ogbomoso gathered for their own meeting with the State governor.

Before the meeting commenced, Governor Ajimobi inspected works at the yet-to-be-completed Atiba F.M at Akesan area of Oyo and a ten thousand metric tonnes automated silo for the purpose of enhancing agricultural development and reduce, if not eradicate loss to spoilage and decay occasioned by bad road with lack of storage facilities.

He assured the people of the region that his administration would not relent on bringing about people-oriented programs for the benefit of ordinary people as he also called on them to have faith with him in the efforts to survive the harsh economic period.

Like two brothers that went indoors to discuss salient issue, the governor and the people did not waver in telling the truth to each other as governor Ajimobi reminded the people of the need to embrace agriculture wholly and make available, lands for those in need for agriculture purpose, either as rent, sale or lease while he informed the people that 210 hectares of land at the Rural Community Development Center {RCDC}, Awe, Oyo town to farmers to boost farming in the State.

Like John Maxwell opined, the best of leaders are those that are close to their people to relate with them on their travails and joy, the Ajimobi administration realized the need of the people and what aggravates their sensibilities like the need to open the Ladoke Akintola University of Technology, Ogbomoso which the governor dwelt upon and informed the people of the resolve of the two States of Oyo and Osun to come up with all it would take, like financial lifeline and truce with the workers of the institution.

It is a simple logic that a problem discussed is half-solved.

Good leadership is anchored upon deliberation on those issues that are germane to the common people and Oyo government has not shied away from facing its challenges.