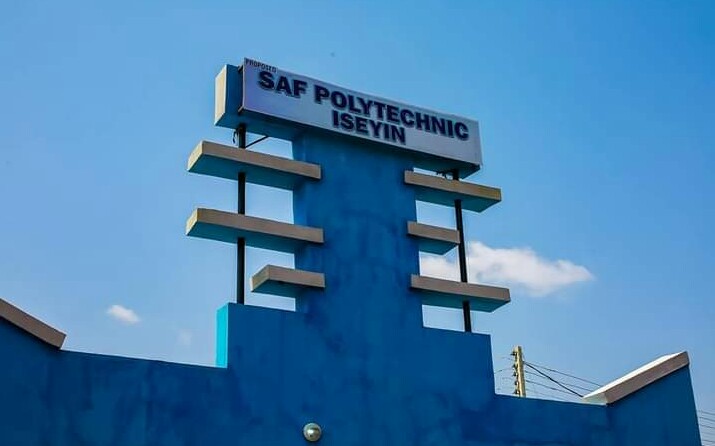 Two Years on: SAF Polytechnic Has Found Its Feet – Proprietor …Says FG Must Regulate Dependence on Certificate, Rather Than Skill Acquisition

Two Years on: SAF Polytechnic Has Found Its Feet – Proprietor

…Says FG Must Regulate Dependence on Certificate, Rather Than Skill Acquisition 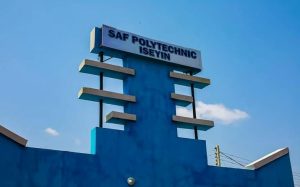 The Proprietor, SAF Polytechnic, Alhaji Ismahil Folorunso has disclosed that the institution has finally found its feet after its initial teething problems as a private polytechnic. 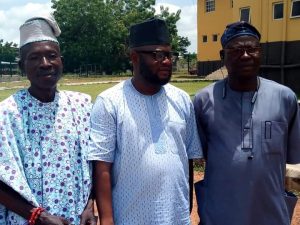 Alhaji Folorunso disclosed this in a chat with journalist at the Polytechnic premises in Iseyin on Wednesday, saying that stringent government policies on polytechnic education has forced many private interests to abandon establishment of schools, but SAF has come to stay, despite the huddles, which he said the institution has overcome.

The administrator hinted that for Nigeria to escape the current crisis of employment, which has metamorphosed to insecurity, there is urgent need to play down on demand for certificate instead of skill by government and private organizations.

He added that the National Board of Technical Education (NBTE) regulation that polytechnics must focus on technical education against non-technical courses, which has more number of admission seekers.

Folorunso also lamented the initial drought of students and the high tax payment to the government as factors that have affected the management of the institution, which he said have been overcome.

“It has being tedious. We had some huddles from lack of students who are the main source of finance to heavy taxes from government. Too many regulatory rules.

“NBTE pegged enrolment of a stream to 250 students, but total income from this enrolment can not pay our bills,
also, too much emphasis on certificates discouraged prospective students from enrolling in polytechnics, something drastic has to be done to avert crisis in job creation in Nigeria.

Polytechnics are basically established to train technicians but many polytechnics focused more on nontechnical courses because the income from this is more, We are allowed 30% by the NBTE, this we adhered to strictly and today, we can say we have broken even.”

The SAF Polytechnic had its maiden matriculation ceremony on the 3rd of May, 2019, boasting of  standard, state-of-the-art facilities like the football, basketball fields, science and engineering laboratories, standard lecture rooms and hostel accommodation for over 300 students.