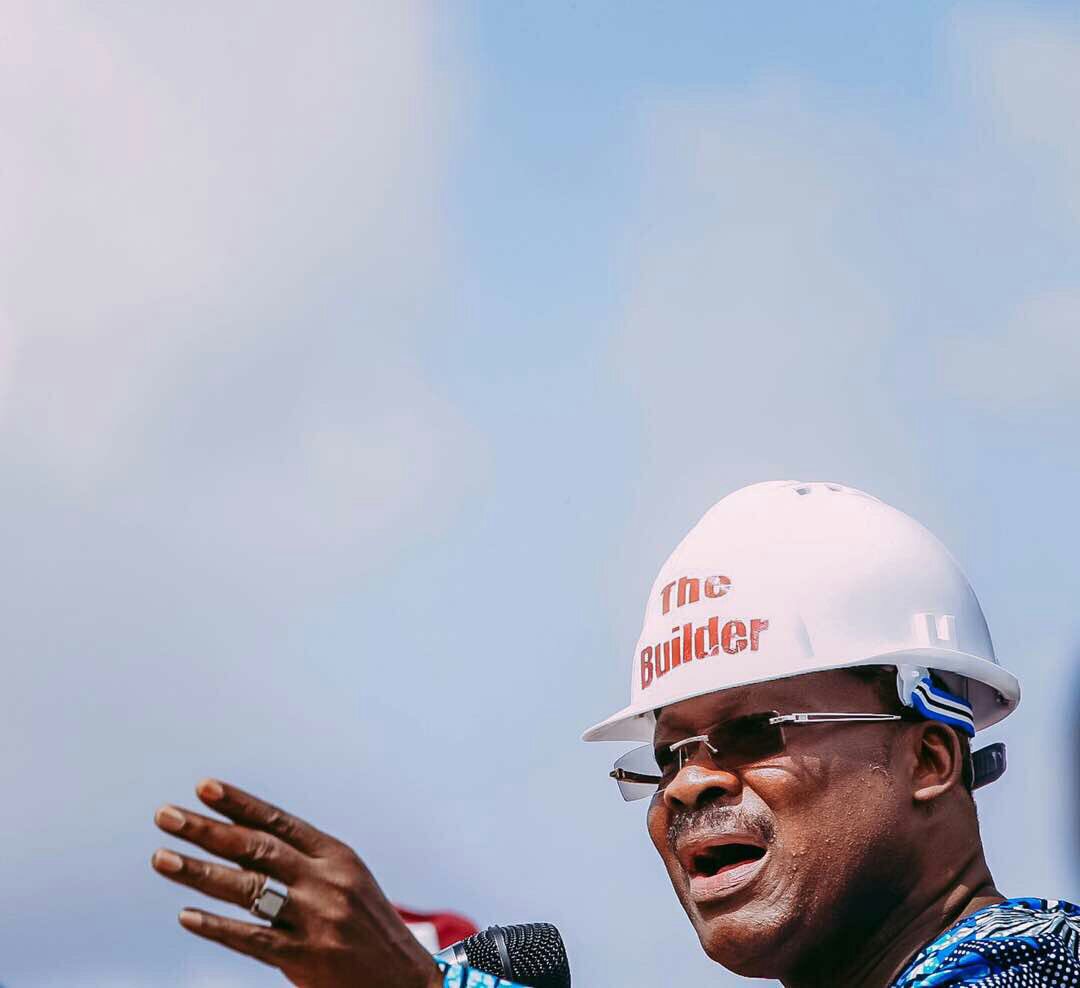 In its efforts to rid the city of Ibadan and other metropolis in Oyo State of filth and waste pollution, Oyo State government has announced the commencement of inspection of houses in Ibadan and other major communities for compliance with the State’s regulation on waste management. Section 74 of the State’s Environmental Law stipulated that every household that generated waste should be responsible for its disposal through the registered waste collector under Oyo State Waste Management Agency {OYOWMA}. At a Ministerial Press Briefing which held at the Film Theater of the State Ministry of Information, Culture and Tourism in Ibadan, the Commissioner for Environment and Water Resources, Chief Isaac Ishola said the Ministry would commence a house-to-house inspection of waste bin usage and apply punitive punishment to owners of households without waste bins from Monday 15th, January 2018. Chief Ishola maintained that any household without the waste bin would be sealed after being given a three-day notice with the option of #50,000 fine, while attempt by the house owner to break the seal would attract #200,000 fine. The Commissioner noted that 1342 offenders have been arrested and prosecuted since the commencement of strict regulation campaign and yet, compliance in Ibadan was still abysmally low in Ibadan and its environs. “The law regulating solid waste management in the State expects every individual household to have its waste bin and not nylon bags, and be registered with a refuse collector. Dumping of refuse on the median is illegal and we have done so much campaign to dissuade such. It is the responsibility of he that generates waste to be responsible for its disposal. “Starting from next Monday, 15th January 2018, our teams would go out enmasse to inspect households and seal those without waste bins. This will be done after a three-day notice. The sealing attracts #50,000 fine or a six months jail term and if the house owner breaks the seal, there is another fine of #200,000.” Ishola added that compliance on noise pollution in the State in 2018 was impressive as most churches and mosques in Ibadan and other metropolis have either reduced the audio decibel of their public address speakers or disconnected same. He said burning of refuse as an option was illegal, calling on the members of the public to call the following numbers: 08159197600 and 08057239890 if their neighbours were seen burning their refuse. The Chief Executive Officer (CEO) of West African Energy, the Consultancy firm handling OYOWMA, Mrs Lolade Oresanwo in her address disclosed that before the end of January, a nylon recycling company would start operation in Ibadan, restating the call against burning of refuse and the need for people to make money from selling used nylon to recycle company. She also called on the general public to accept only the receipts bearing the name of Oyo State waste Management Agency (OYWMA) from officials of the refuse collection company as she pointed out that the whole State had been mapped out for ease of collection of refuse. In case of noise pollution, members of the public were asked by the Commissioner for Environment and water Resources to call 08035509999, 08052337552, 09069047999 (OYOWMA) and 08034408224 with information about the location and individuals committing the act.