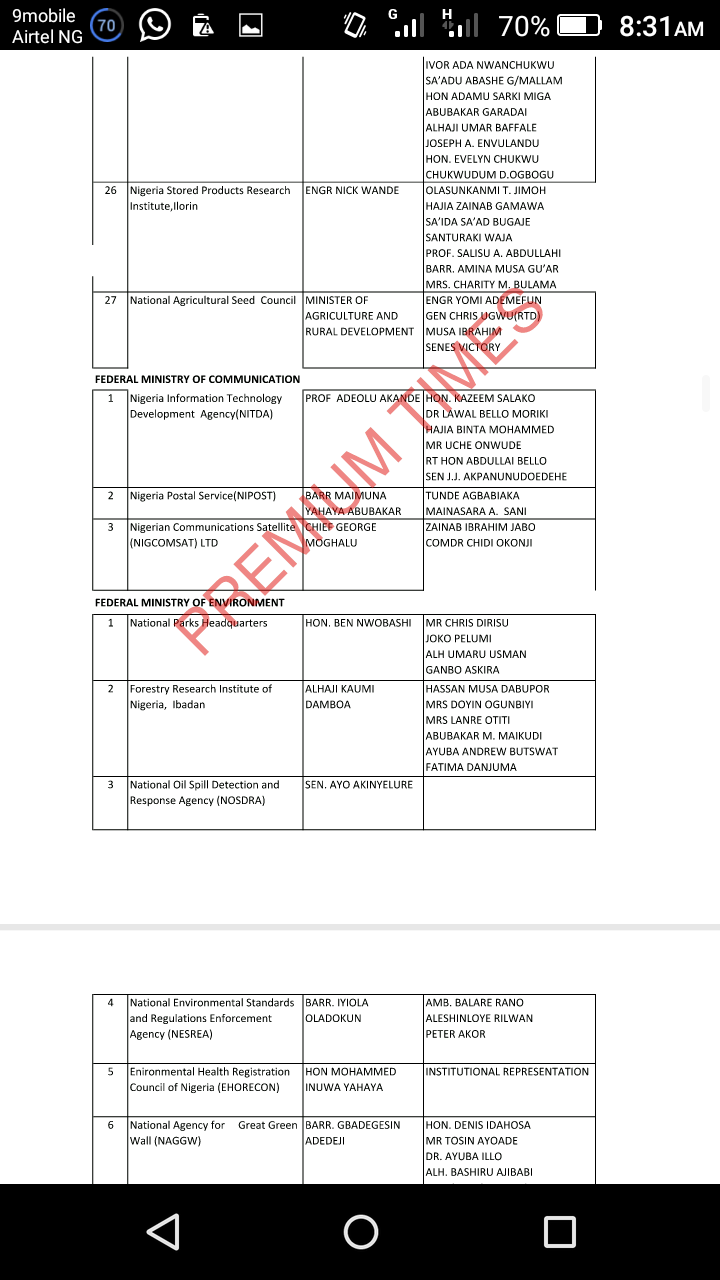 …..Carpets Senator Buhari For Lying About The Abandoned Road To Get Votes

A socio-cultural group based in Iseyin, Oyo State, Ebedi Frontliners, Iseyin (EFI), has threatened to emulate youths of Ondo State who derided the State government by ‘commissioning’ an abandoned road in the State on behalf of the governor, Governor Rotimi Akeredolu.

The group said it was ready to mobilize youths of the town to the collapsed road to protest and ‘commission’ the road despite its state of abandonment, on behalf of President Muhammadu Buhari.

In a statement made available to newsmen after the group’s monthly meeting at Iseyin on Saturday, the Director of Publicity, Ebedi Frontliners, Iseyin, Alhaji Segun Fasasi said the group had to resort to such decision to further call attention of the President and the concerned government agencies to the road.

“We have sent delegation to Abuja from Iseyin through our ‘mother’ association. Iseyin Development Union (IDU), to interface with the Minister for Works, Mr Babatunde Fasola, we have sponsored special media focus on the road so many times, we have tried to use politics to no avail, all we are left with is to go to this road with multitude of youths from Iseyin to protest and ‘commission’ the road on behalf of President Buhari like some youths did recently at Ondo State.

“Many businesses have collapsed because of the abandoned road, so many lives have been lost, so many hopes buried on this road, why can’t the federal government do something about it all the while?”

The group carpeted the Senator representing Oyo North Senatorial district, Senator Fatai Buhari for falsehood on the said road during the 2019 electoral campaign.

The Senator was said to have mobilized some individuals he claimed were from the Federal Ministry of Works and Housing to Oyo-Odo-Ogun-Iseyin road some months to the last election, telling the people that the construction work would start on the road immediately.

Fasasi said it was a disappointing realization that a second term senator could use falsehood to get votes on a project that has great implications on people’s lives and socioeconomic survival of the the people.

“The Senator has made us learn a hard lesson, it should have been a case of once bitten, twice shy, but we fell for his lies again in the last election because we thought he would change for better and do the needful on the road and other pending developmental matters like higher institution of learning and manpower development for the youths.

“We have a date with history with him on this, we shall not forget,” the group maintained.

Oyo-Odo-Ogun-Iseyin road has suffered neglect for over thirty years while the Odo-Ogun bridge that has killed many because of its precarious condition along the road was reported to be over fifty years old without repair.